What Is The Fastest Ride At Disney World 2022?

Walt Disney World leaves nothing lacking when it comes to thrilling attractions. From drop rides to other intense thrill rides, thrill seekers can find whatever level of adrenaline they crave within the Disney theme parks, including speed. So, what is the fastest ride at Disney World 2022?

If you ask how fast Space Mountain is, you may be shocked to learn that the ride’s max speed is only 27 MPH. This is because the ride features a brilliant combination of darkness, orbs of light, and air vents that create the illusion that you’re moving much faster than you really are.

These things combine with a smooth track that carries you through sudden dips and twists to make the ride an even more realistic experience. So, even though it may be far from the fastest ride at Disney World, thrill seekers still find the ride to be among the best roller coasters at Disney World.

Overall, Space Mountain is well worth adding to your list of thrill rides to experience at some point during your Disney World vacation. The best news is that the queue tends to move quickly for this ride, so you shouldn’t have to wait as long as you would for some other rides at Disney World.

This attraction offers a unique ride experience. Guests are loaded into swaying ride vehicles, which gives this roller coaster a much different feel than other roller coasters in Disney Parks. Once loaded, the coaster takes you on a smooth, dark ride that dips in and out of the mines.

If you’re looking for family-friendly rides at Disney World, the Seven Dwarfs Mine Train is an incredible choice. The ride is thrilling enough for adults but mild enough to be suitable for children.

The coaster has a fun but safe top speed of 34 MPH. Additionally, children only have to be 38 inches tall in order to meet the height requirements.

The downfall is that it’s one of the most popular rides in the Magic Kingdom theme park, so you’re almost guaranteed a long wait unless you’re there at rope drop.

Next on the list is Big Thunder Mountain Railroad, which offers to take guests on the wildest ride in the wilderness. Well, as wild as you can get at 36 MPH with no significant drops or twists. It is, however, slightly more intense than the Seven Dwarfs Mine Train.

This roller coaster takes guests on a wild ride in a runaway train through abandoned mines from the 1950s. To complete the experience, you’ll also see an old mining town and antique mining equipment.

The ride is even better at night when the lights really bring everything to life. Additionally, if you want the most intense Big Thunder Mountain Railroad experience, try getting a seat on the very back row of the roller coaster.

While it isn’t a roller coaster, the Twilight Zone: Tower of Terror is also one of the fastest rides at Disney World. However, it isn’t suitable for anyone who fears heights.

This drop ride stands almost 200 feet tall in Disney’s Hollywood Studios. It even has illuminated red beacons to warn low-flying aircraft of its presence. It’s almost the tallest ride at Disney World, with Expedition Everest standing only 0.5 ft taller.

The Hollywood tower is based on the Twilight Zone series and even features music from the show’s soundtrack. Once inside the elevator of the spooky hotel, guests drop at a top speed of 39 MPH.

Splash Mountain, located in Magic Kingdom, is another of the fastest rides at Disney World that isn’t a roller coaster. Instead, it’s a log boat ride.

Guests will experience the ride’s top speed of 40 MPH as they drop from approximately 50 feet in the air over the cliff. You can also expect to get wet if your ride this Walt Disney World thrill ride.

The Slinky Dog Dash roller coaster is located in Toy Story Land at Disney’s Hollywood Studios. With a max speed of 40 MPH and only mild dips and curves, it makes a great option if you’re looking for a family-friendly ride at Disney World.

This Disney coaster is themed as one of Andy’s creations. Guests are loaded into the Slinky Dog coaster and zoom through Andy’s backyard. Of course, there’s also an unbeatable view of Toy Story Land.

As with other rides at Disney World, the queue moves much quicker. Not to mention, the view you get while riding Slinky Dog Dash is even better at night! 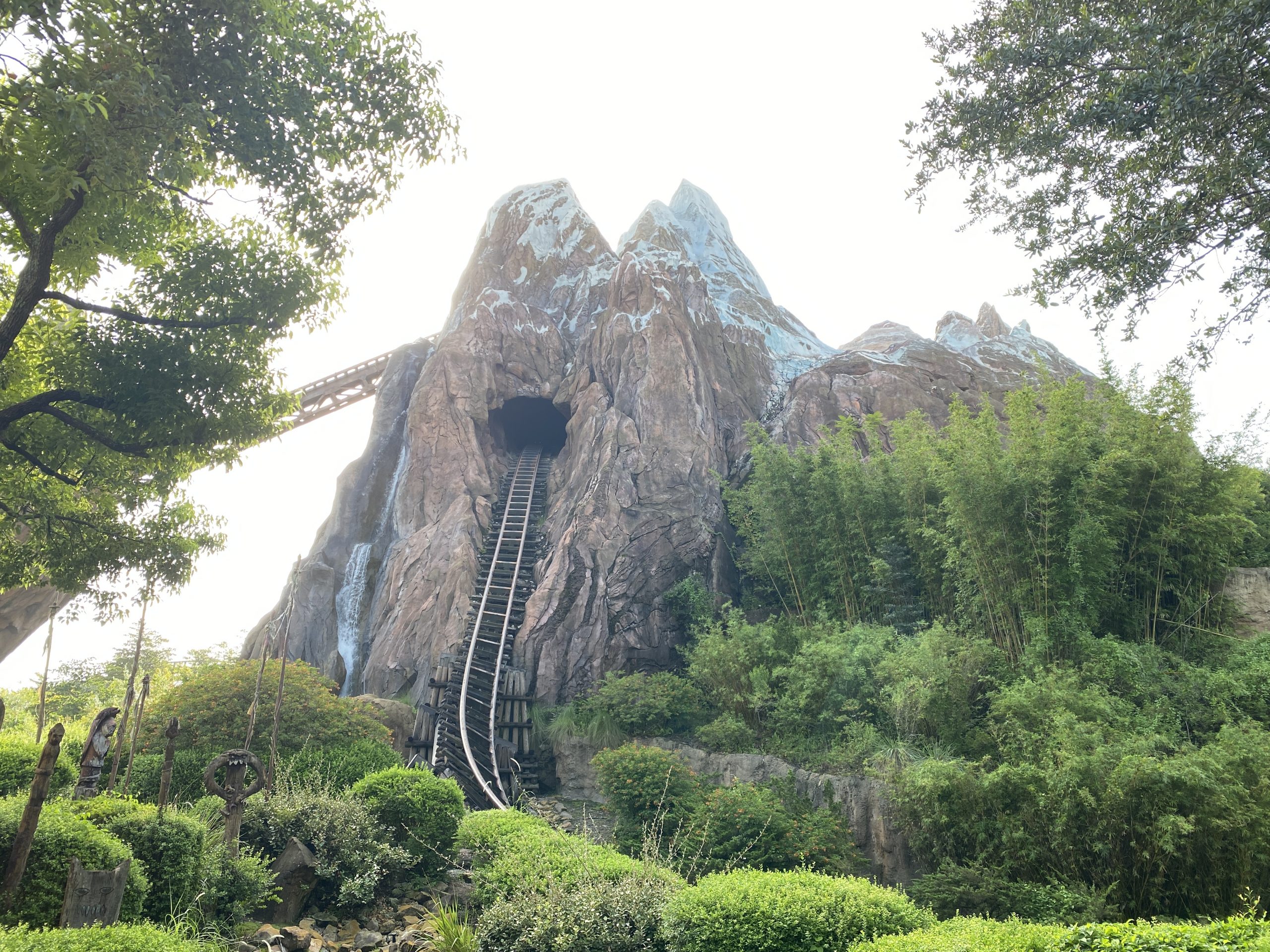 Expedition Everest is also one of the most expensive attractions that Walt Disney World has installed. The ride was Guinness World Records’most expensive roller coaster in 2011, worth $100M.

This Walt Disney World attraction has a little bit of everything thrill seekers look for in a roller coaster. The ride has thrilling drops, intense twists, and to top speed of 50 MPH. This high speed will come in handy when you’re chased by a yeti just after a close call with the broken track.

If you plan to ride Expedition Everest, a Genie+ reservation is highly recommended, as the wait times can be excessive.

The Rock n Roller Coaster Featuring Aerosmith is one of the most unique fast rides at Walt Disney World.

The Rock n Roller Coaster experience begins as Aerosmith wraps up a recording session just in time to rush to make their concert on time. After the lead singer invites you along, you’ll load into a super stretch limo where you’ll speed through the streets of LA.

When this launch coaster takes off, you’ll go from 0 to 57 MPH in less than 3 seconds. The dark ride keeps you from seeing many of the intense twists that are ahead. This, along with the sound of Aerosmith’s music blasting, only enhances the adrenaline.

In addition to being one of the fastest rides, it’s also the only coaster at Disney World with inversions that flip you upside down.

At the end of the ride, you’ll exit to a gift shop that’s filled with tons of Aerosmith merchandise. You can visit this shop even if you don’t ride the Rock n Roller Coaster by entering from the side of the building. 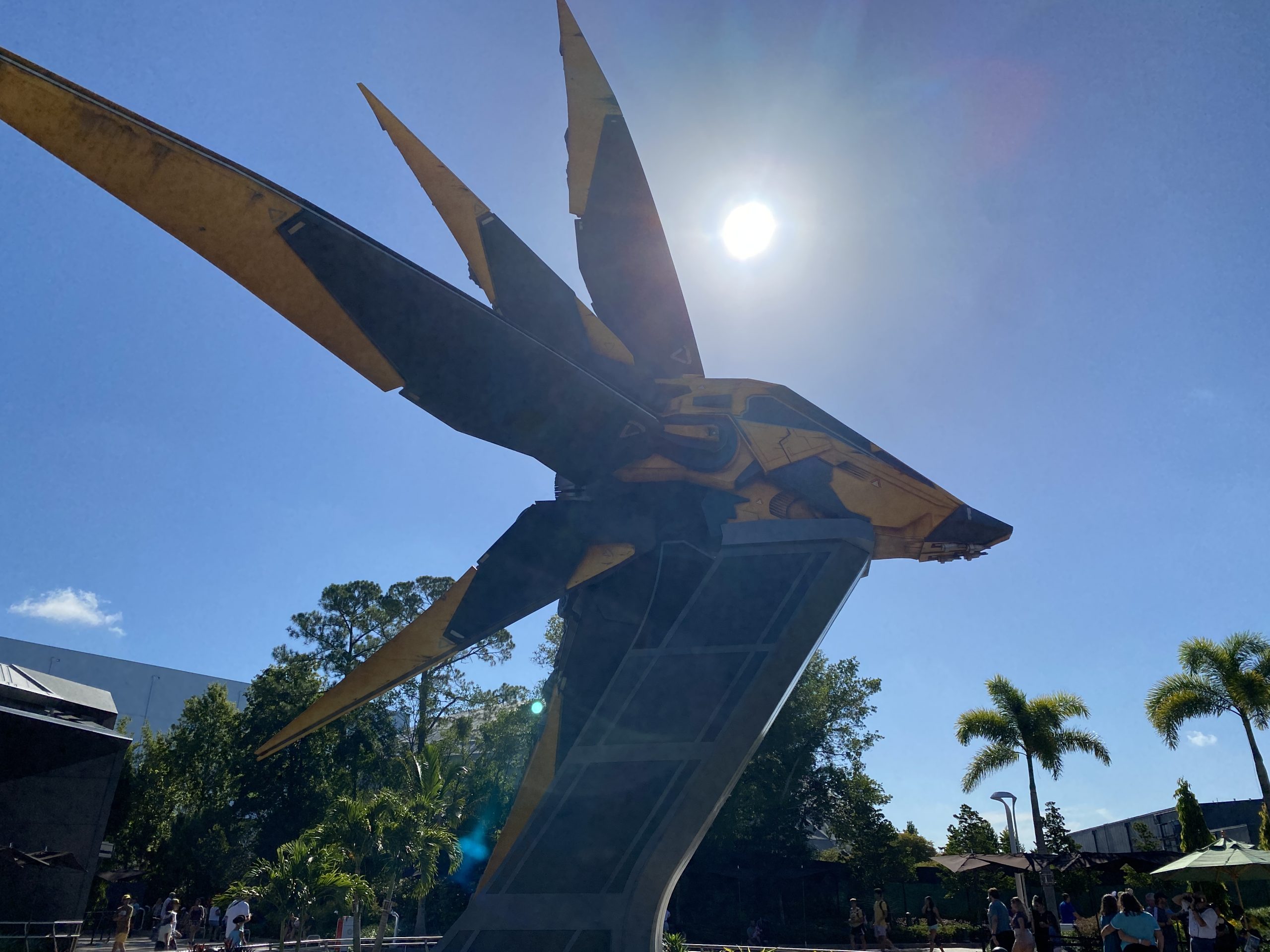 Guardians of the Galaxy: Cosmic Rewind opened in May 2022 at EPCOT. Along with being one of the newest and fastest rides at Disney World, several Walt Disney World firsts are included in this incredible attraction.

One of the most impressive is that it’s one of the first Walt Disney World roller coasters to feature a reverse launch. It also features rotating vehicles that rotate 360 degrees and changing music themes.

You can join Rocket, Groot, Drax, Gamora, and Star-Lord at this attraction on a mission to save the Galaxy. To do so, you’ll soar throughout space at an impressive top speed of 60 MPH. The darkness and the flashing lights and projections make the ride even more thrilling.

The fastest ride at Disney World is Test Track at EPCOT. Test Track has been a popular ride in EPCOT since it was added in 1999.

At the Test Track attraction, guests can design their own cars, then hit the track for an intense test drive to test them against the elements.

On the outdoor test track, riders will reach speeds of 65 MPH as the car they designed is put through a series of three tests.

Even though it’s the fastest ride at Disney, most children can enjoy this attraction. It doesn’t have steep drops or scary theming, just flashing lights and a few sudden stops.

What is the fastest roller coaster in Orlando 2022?

What is Disney’s Slowest Ride?

Disney’s slowest ride is the Barnstormer in Magic Kingdom. The Barnstormer’s top speed is only 25 MPH. This roller coaster is a great ride for kids, but it’s pretty slow and far from the most thrilling ride at Disney World.

What is the Newest Ride in Magic Kingdom?

The newest ride in Magic Kingdom is TRON: Lightcycle Power Run. When this attraction opens in 2023, it will also rank among the fastest rides at Disney World. It’s expected to be an exact recreation of the version in Shanghai Disneyland.